The Arab American National Museum launched an artists' residency that provides space for work and living across the street in the Detroit suburb of Dearborn's former City Hall.

The museum's first resident living and working at City Hall Artspace Lofts was Ayman Yossri Daydban, a Palestinian conceptual artist from Saudi Arabia. His work was part of "Epicenter X: Saudi Contemporary Art," at the museum and featured the work of about 40 Saudi artists.

Museum Director Devon Akmon said the goal is to "embed museum experiences directly into the community" and encourage artists to see the city as their studio. Dearborn is widely viewed as the capital of Arab America.

Daydban told The Associated Press his residency made him "feel brave to ask questions." 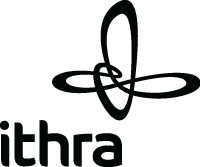 This edition of the AANM residency was part of a multi-city Saudi artist’s tour of the United States initiated by King Abdulaziz Center for World Culture and coordinated by our partner organisation CULTURUNNERS, an international platform for traveling artists.