I am an educator

From the series I AM

From the series ‘If I Forget You Don’t Forget Me’,
2012
Fiber Silver Gelatin Print

From the series ‘If I Forget You Don’t Forget Me’,
2012
Fiber Silver Gelatin Print

“Each photograph I take is like a part of my soul, and I’d like that to outlive me.”

1973 born in Dhahran, Saudi Arabia and lives in Dubai, UAE.

Her artistic practice revolves around themes of active forgetting, archives, and collective memory, with a large focus on the state of Saudi women and their representation. She has documented social groups like the oil men and women of Saudi Arabia in her project, If I Forget You Don't Forget Me, and has addressed the impact of mass media on propagating intentional erasing of identities in her project Crash, highlighting the unnamed Saudi teachers dying in car crashes across Saudi Arabia.

In 2014 she was a recipient of a research Fellowship from NYU AD and was invited in early 2015 to the Robert Rauschenberg Residency in Captiva, Florida. Manal has shown her work in Prospect 3 New Orleans - The American Biennale (2014/15), in collateral shows at the Venice Biennale (2009/11), and at Museums around the world like Gawngju Museum in South Korea, Louisiana Museum of Modern Art in Denmark, The Victoria and Albert Museum in UK, and Mathaf Museum of Modern Arab Art in Qatar. Her art works are part of public collection at the British Museum, LA County Museum, Louisiana Museum, and Mathaf. 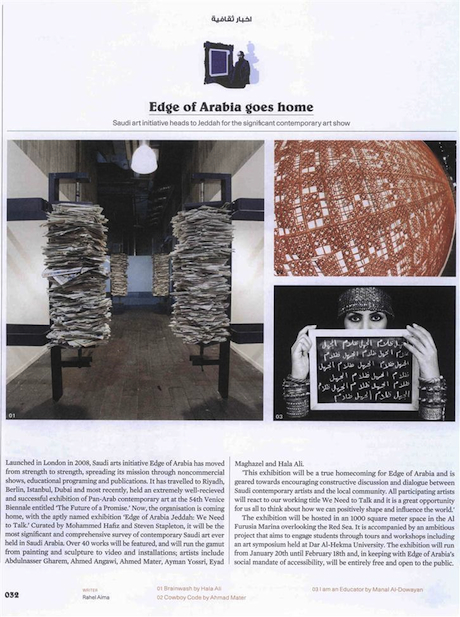